Share a memory
Obituary & Services
Tribute Wall
Read more about the life story of Donald and share your memory.

It is with sincere sadness that the family of Donald “Don” J. Alsum announces his passing to his heavenly home on Thursday, December 29, 2022, at age 85.

Don was born June 27, 1937, at home on a farm in Randolph, Wisconsin.  He completed high school in 1954 and worked on his father’s dairy and truck gardening farm until he began college in 1957.  He earned his BA degree from Calvin University, Grand Rapids, MI, in 1961, where he majored in Biology and Chemistry and minored in German.

After college he married Mariann Brouwer in 1961.  He and his wife, Mariann, took teaching positions at Western Suburbs Christian School in Western Springs, IL.  Don taught 5th and 6th grades and junior high for two years; Mariann taught 4th grade. In 1963 Don took a teaching position at Elmhurst Christian High School, Elmhurst, IL, where he taught Biology and Chemistry for seven years.  While teaching he earned a Master of Science degree from Purdue University.  In 1974 he earned a PhD in Physiology, with minors in medical biochemistry and anatomy, from the University of Minnesota.

In 1974, Don took a teaching position at St. Mary’s University and moved his family to Winona, MN.  During his 28 years at the university, he taught anatomy, physiology, general biology, microbiology and graduate courses in histology and endocrinology.  He established the allied health programs and developed partnerships for student placement with hospitals in four states.  He acquired, participated and taught in a variety of summer grants for pre-college teachers.  During his 37 years of teaching, he enjoyed challenging students at every level of development.

Following his retirement in 2002, he and his son, David, became owners and managers of rental property.  His goal was to provide quality housing in the City of Winona.

Don was an active member of Pleasant Valley Evangelical Free Church since 1974.  He served on the church council for over 20 years.  He taught Sunday School and served with the Small Group Ministry of the church for many years. The Small Group Ministry of Pleasant Valley, along with the people in the group, were instrumental in strengthening his faith and supporting him through prayer.  He loved the Lord and accepted Jesus as his personal savior.

Visitation will be held from 12:30 PM until a memorial celebration of his life at 1:30 PM, on Thursday, January 5, 2023, at Pleasant Valley Church in Winona.

In lieu of flowers, donations can be made “In Memory of Donald J. Alsum” to either Pleasant Valley Evangelical Free Church or St. Mary’s University.

Online condolences or memories may be left for Don’s family at www.watkowski-mulyck.com.

Watkowski-Mulyck Funeral Home is assisting the family with arrangements.

To send flowers to the family or plant a tree in memory of Donald J. Alsum, please visit our floral store. 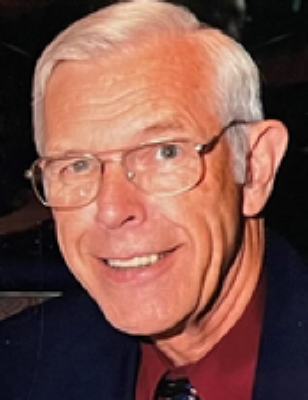