Share a memory
Obituary & Services
Tribute Wall
Read more about the life story of Charles "Chuck" and share your memory.

Chuck was larger than life, an experience anyone who met him was lucky to have.  He was endlessly charismatic; any night with Chuck meant your stomach would ache from laughter but your liver might need a break.  He carried on the Czaplewski family tradition of perfectly timed jokes and stories (though like his father, usually delightfully indelicate).  Chuck spent a small fortune indulging his passion for live music (with the tinnitus to prove it) and always had a speaker turned up too loud but no one minded because who can argue with John Prine, or Soul Asylum, or Johnny Cash or Heywood Banks?  At parties, he was always disappointed to just happen to be away when Elvis arrived in full regalia; predictably, Chuck returned just after The King had left the building, swooning and gleeful fans still clapping, pondering with a coy smile “Wow, I must have missed a great show.”  With his huge heart, Chuck was a trusted friend to so, so many; his loss will be felt deeply in Winona, Appleton and in his many contacts across the world.

To his family, he was a backbone and provider.  After more than thirty years together, his face still softened whenever Kelly walked into the room.  As a parent, he was hands-on and engaged.  To the delight of his kids and the chagrin of his wife, he introduced Katie, Jack and Rudy to the world of “blowing things up with fireworks” and “seeing the night sky from the roof” beaming with pride as his children came into their own, as witty and kind adults.  He was generous in his support to many extended family members and thoughtfully cared for his parents until the end of their lives.  He was a steadfast Catholic and member of the Knights of Columbus and St. Bernadette's Catholic Church in Appleton; he believed deeply in the Holy Spirit and power of prayer.

Ever the world traveler, Chuck has probably forgotten more places than most have ever been.  As a Vice President at Creative Group Inc. for over 25 years, his clients trusted him to create the perfect travel experience; so successful, in fact, that just last week he again won the Leaders Circle award.  Luckily for us, he used his worldly view to cook the best meals you can imagine. He was an optimistic Minnesota Vikings fan and member of both the Winona Athletic Club and the Sons of the American Legion.

Chuck leaves this world far too soon, but like the Jim Morrison quote he was here “as a huge fiery comet, a shooting star. Everyone stops, points up and gasps ‘oh look at that!’ Then - whoosh and I'm gone...and they'll never see anything like it ever again... and they won't be able to forget me.  Ever.”  Godspeed Chuck – you truly will never be forgotten.

Visitation will be held from 4 PM until 7 PM, with a Christian Wake Service at 6:45 PM, on Friday, January 20, 2023, at the Watkowski-Mulyck Funeral Home, 376 E. Sarnia St., Winona.  Visitation will also be held from 10 AM until the Mass of Christian Burial at 11 AM on Saturday, January 21, 2023, at the Basilica of St. Stanislaus Kostka.  The Very Reverend Patrick Arens will officiate.  Chuck will be laid to rest at St. Mary's Cemetery alongside his family.

Please visit www.watkowski-mulyck.com to leave online condolences, and when available, a video recording of the Mass.

In lieu of flowers, contributions to Chuck’s family can be made at his GoFundMe under https://gofund.me/bafc3698.

To send flowers to the family or plant a tree in memory of Charles "Chuck" B. Czaplewski, please visit our floral store.

Your browser does not support this video format. You should be able to view it in Chrome, Safari or Internet Explorer.

Your browser does not support this video format. You should be able to view it in Chrome, Safari or Internet Explorer. 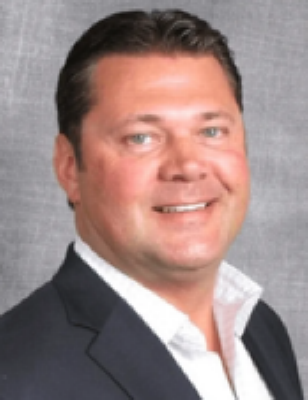