Share a memory
Obituary & Services
Tribute Wall
Read more about the life story of Audrey and share your memory.

Audrey Mae (Oevering) Palmer, age 80, of Winona, passed away peacefully on Saturday, January 14, 2023, in the comfort of her home, where she wanted to be to say good-bye to her family.

She was born on June 26, 1942, in Winona, to John and Opal (McElmury) Oevering.  Audrey was united in marriage with Jerome “Jerry” Palmer on October 3, 1959, at St. Stanislaus Kostka Church in Winona, celebrating 63 years of marriage this last fall.  Jerry always said, “She was the best thing that ever happened to me.”

Audrey was employed with WinCraft in Winona for 40 years until her retirement, and she was a member of St. Mary’s Catholic Church.

Audrey’s greatest joy in life was her family.  She loved cooking and making dinners on Sundays, family reunions, and family vacations.  As her grandchildren were growing up, she was always happy to babysit to give her children a helping hand.  Audrey was a devoted caregiver to her mother, and she always made sure to be at her mother’s house every Saturday to do her hair and to help make a meal for all of her brothers, sisters, and their families.

She enjoyed sitting on her swing on the front porch; baking and making candy and popcorn balls; playing Cribbage, Sequence, and Tripoly; trips to the Casino; Black Friday shopping; and attending the WinCraft picnics.

Audrey will be remembered as a positive and upbeat person who was always smiling, a good listener, and who was never judgmental.  She was a loving wife, mom, grandma, great-grandma, sister, aunt, and friend who will be deeply missed because she was loved by so many.

She was preceded in death by her parents; great-grandson, Milo Palmer; brothers: Lawrence, Wayne, and Jack Oevering; and a sister, Barbara Rasmussen.

A Mass of Christian Burial will be offered at noon on Friday, January 20, 2023, at St. Mary’s Catholic Church in Winona.  The Reverend Michael Cronin will officiate.  Audrey will be laid to rest in St. Mary’s Cemetery.  Visitation will be held from 4 PM until 7 PM on Thursday, January 19, 2023, at the Watkowski-Mulyck Funeral Home, 376 E. Sarnia St., where a Christian Wake Service will be held at 6:45 PM.  Visitation will also be held in the Commons of St. Mary’s Church on Friday, January 20, 2023, from 11 AM until the time of the Mass.

A memorial is being arranged.

Online condolences or memories may be left for Audrey’s family at www.watkowski-mulyck.com.

To send flowers to the family or plant a tree in memory of Audrey M. Palmer, please visit our floral store. 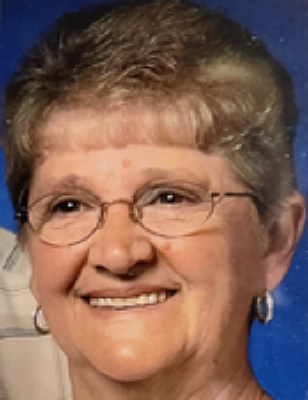